As banking barons rig the markets and fleece people for colossal profits, most of us can’t muster much of a response, except to grumble under our breath. But in spite of widespread apathy, at least one Israeli man has chosen to no longer suffer in silence, and instead bring the battle for financial justice back to the banksters themselves.

In recent years, Barak Cohen, an attorney by trade, has hunted down counting-house directors and CEO’s at their places of business, at their private homes, and wherever else they or their family members happen to be, in order to publicly shame them. He confronts them over the phone and in the streets, camera in hand, and fearlessly calls them out for their economic crimes. 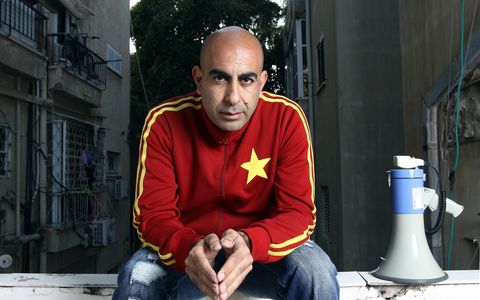 Truly, it will likely take much more than a single man hounding the exchecking elites to convince them that they must immediately rectify the financial injustices they perpetrate daily. It might take an army of Barak Cohen’s to do that. But there will never be an army of Barak Cohen’s until a single Barak Cohen comes along, inspiring others to do the same, or something similar – or maybe something even more audacious.

Watch this 6-minute clip of Cohen being interviewed by an Israeli television anchor; hear him parry her pointed questions and deftly refocus the discussion on the magnates and moguls behind the war on working people.