Clerics To Cops: Use Our Pics For Target-Practice, Not Black People’s 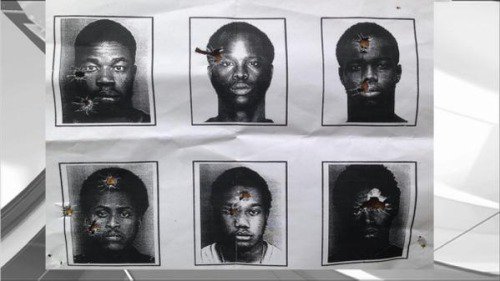 The disclosure that a police force in the United States – the North Miami Beach police department – was using images of African Americans exclusively during target practice could not have come at a worse time, with racial tensions already strained in the wake of a spate of well-publicized police killings of unarmed black men and women.

At least one group of white Americans, however, replied to the news with a statement of solidarity. Clergy affiliated with the Evangelic Lutheran Church responded to the revelation with public requests that images of their own faces be used in place of some of the African Americans whose visages were currently serving as targets. Pastors used Facebook and Twitter to upload their portraits with the hashtag #UseMeInstead.

Participating pastors said that the initiative emerged not only as an answer to the specific racist practice – which was halted after it created an uproar – but also to what they perceive to be deeper, systematic racism, Common Dreams reported. If police had to practice shooting on light-skinned faces with clerical collars, it might “make it harder to pull the trigger,” they said.

Hang on — let me get one with my collar on — okay, NOW #usemeinstead for target practice because #BlackLivesMatter. pic.twitter.com/l70jGM2301

Astonished @myNMBPolice use photos for targets. You do know you're supposed to uphold the law, right? #usemeinstead pic.twitter.com/DViLN9cxng

Tags: Christians, Florida, Miami, racism, religious, United Snakes of America, Use Us Instead