Disbelief Unsuspended: What Kids’ Characters Would Be Like IRL 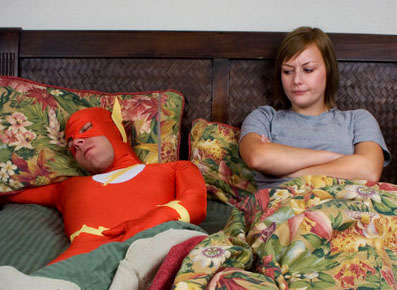 The whole point of the cartoon genre is to allow the young and the young at heart to escape their boring ordinary lives, if only temporarily, and fantasize about creatures capable of so much more than normal humans. But for a small subset of their viewing audience, wondering what those fantastical creatures do when they’re not being heroic is apparently the very thing that turns their crank.

For the adult children who are silly enough to enjoy the exploits of Spider-Man and the Flintstones, but brainy enough to mentally fact-check their adventures while doing so, there is an entire subgenre of animated material. Animation Domination High-Def, the studio responsible for American Dad and Bob’s Burgers, has created a series of short videos, called Scientifically Accurate, that explores this strange intersection.

Unhappily Ever After
Jeff Hong