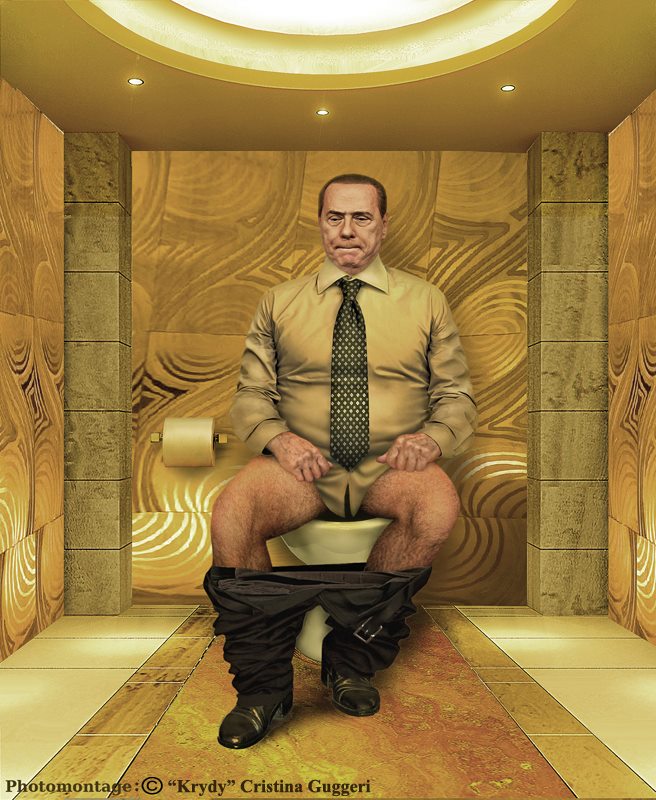 At least once each day – and sometimes several times each day – the most powerful people in the world open their orifices and emit noxious waste, releasing barrages of garbage.

But this post is not about those excretions – their televised speeches and campaign stumps, what the most powerful people in the world publicly say. Rather, it’s about what those same people privately do, about the toxic discharge they produce from the other end.

Yes, even world leaders empty their bowels, and we should all be reminded of this every time one of them says something stupid, since the latter is but a figurative expression of the former. Since these stupefying statements are a daily, even hourly occurrence, you would be wise to print out these posters and hang them up in your apartment, or otherwise have them on hand at all times.

All of these photomontages, featuring presidents, prime ministers and religious leaders, were created by Italian artist Cristina Guggeri AKA Krydy. 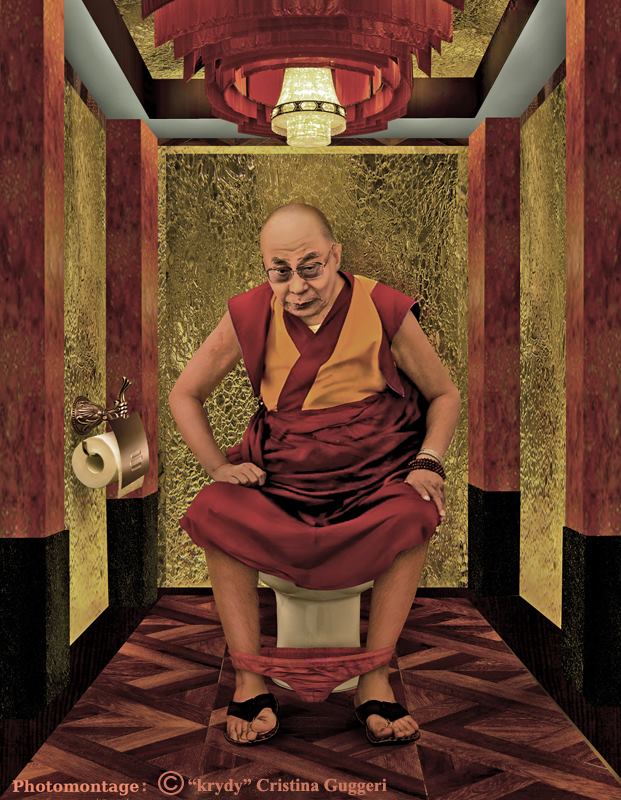 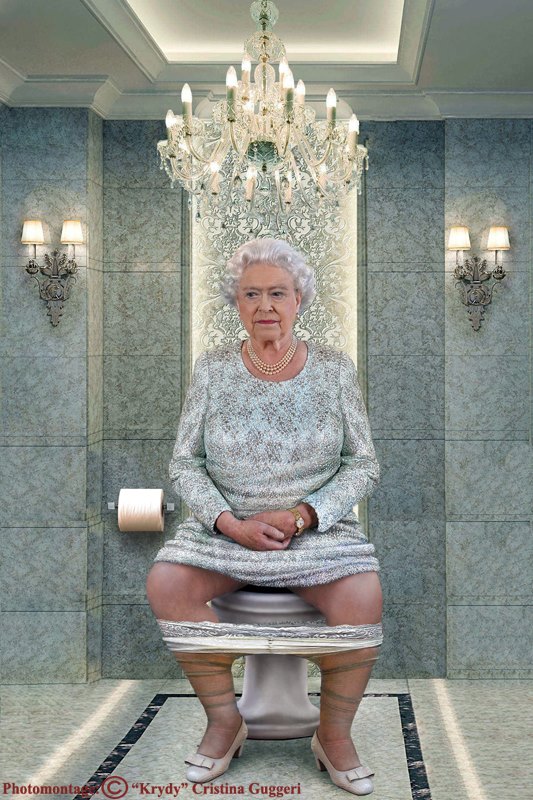 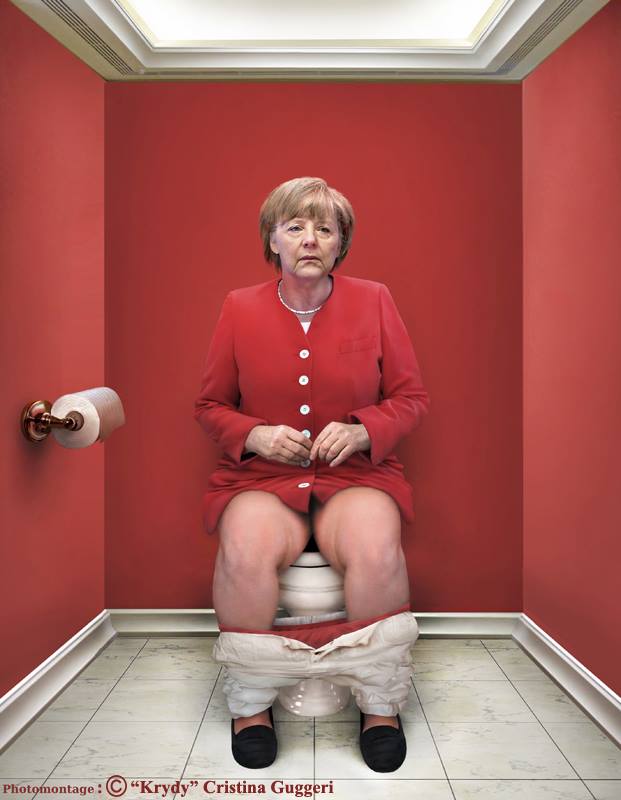 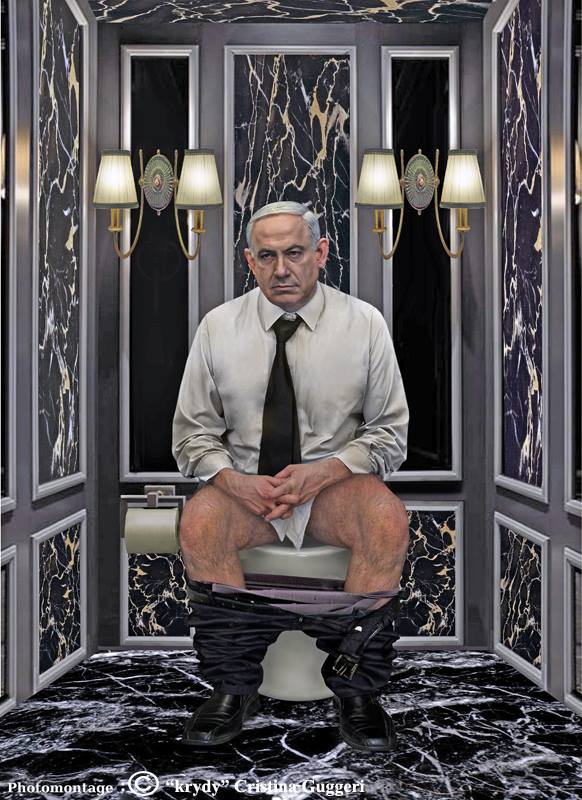 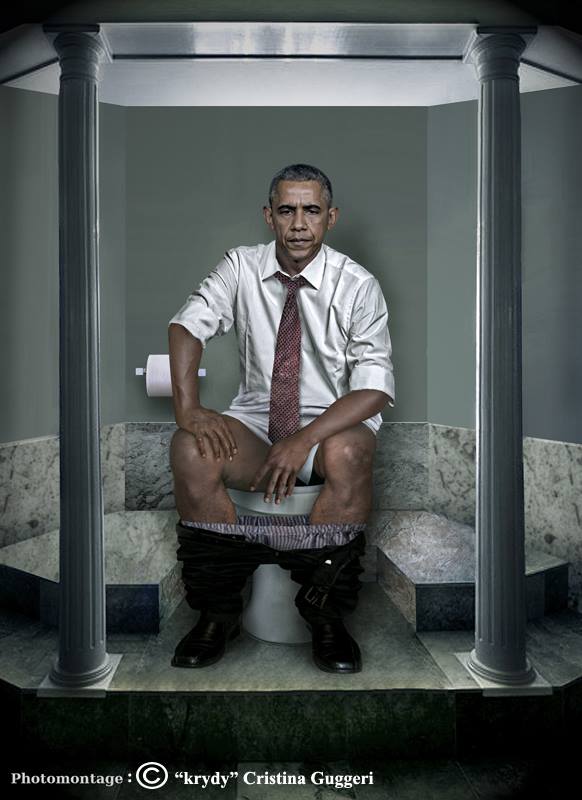 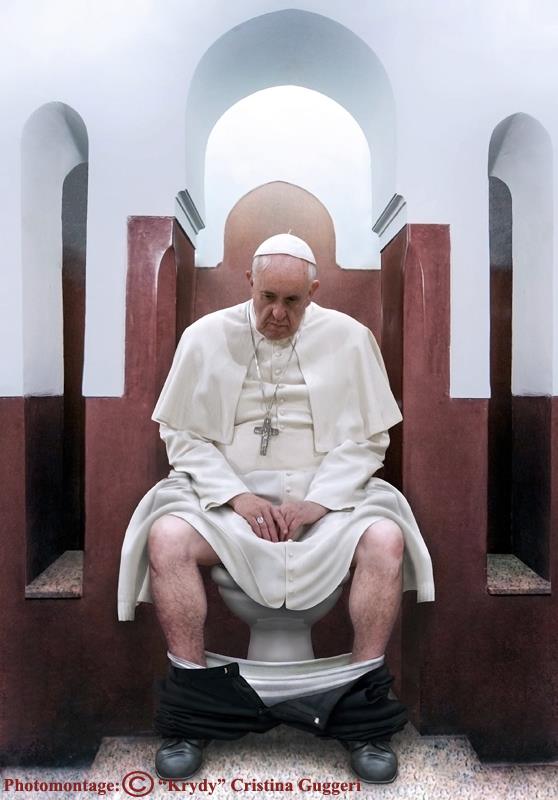 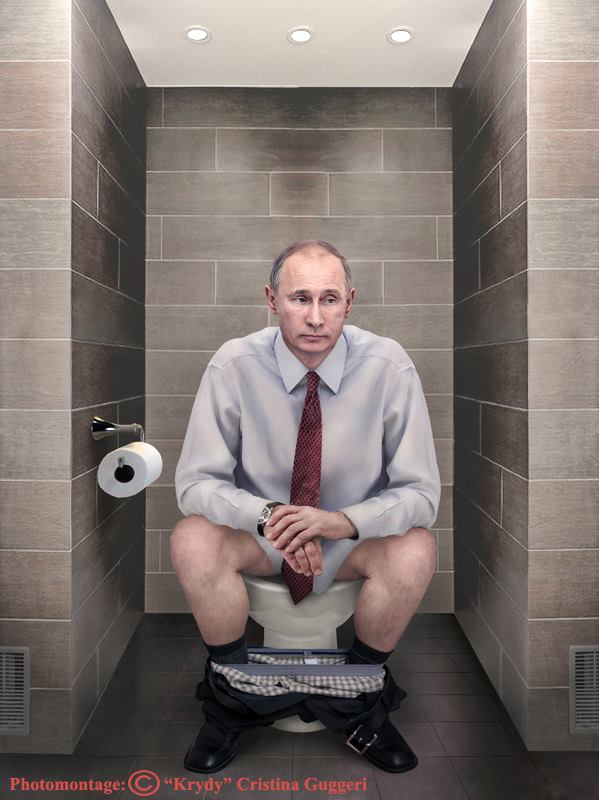