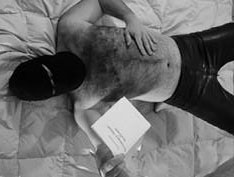 Nearly everyone seems to hate the state, but few people appear to be willing to overthrow it, or even opt out of it. Is this because they haven’t heard of any convincing alternative to representative democracy? Or is it because they don’t want to be at the vanguard of radical action and bear the brunt of police violence? One group of anarchists has another theory: not enough hotties.

A group of anarchists in Vancouver is calling upon people from around the world to model for “a sexy new face of Anarchy”, an anarchy-themed calendar. The anonymous posters did not specify what they deemed to be sexy, saying only, “Everyone welcome. Anonymity ensured”. Presumably, they believe that if you mark down your appointments next to pictures of half-naked punks, you’ll quickly quit work and join the revolution.

The non-hierarchical society that anarchists envision would preclude patriarchy, by definition, and many adherents of this philosophy attempt to act as if it’s already eradicated. But just because anarchists reject traditional beauty standards, it doesn’t mean they don’t appreciate human beauty. Apparently they get just as turned on as the next guy, or the next girl, or the next genderqueer.

So if you’re anarchist and alluring, you are invited to send images of yourself to the e-mail address dir@resist.ca – perhaps you’ll be picked to represent anarchy to the world. And if you’re not anarchist or alluring enough for their crusty taste, send them on to us at It’s All Lies. If you hold up a sign saying “I Love It’s All Lies”, we’ll publish your picture, even if you aren’t politically or pictorially correct.