A small community in the southern United States determined to fight socio-economic stagnation by building more public spaces has launched their urban renewal project with an oddly compelling structure: a house that folds out like a “Transformers” robot into a fully-functioning outdoor theater.

When residents of York, Alabama assembled to discuss possible ways to rejuvenate their town of 3,000 souls, people expressed their disdain for dilapidated buildings in downtown core, as well as their longing for public spaces in which community members could interact socially with one another. Visiting artist Matthew Mazzotta translated the townsfolk’s ideas into the radical architectural project that is called “Open House”. 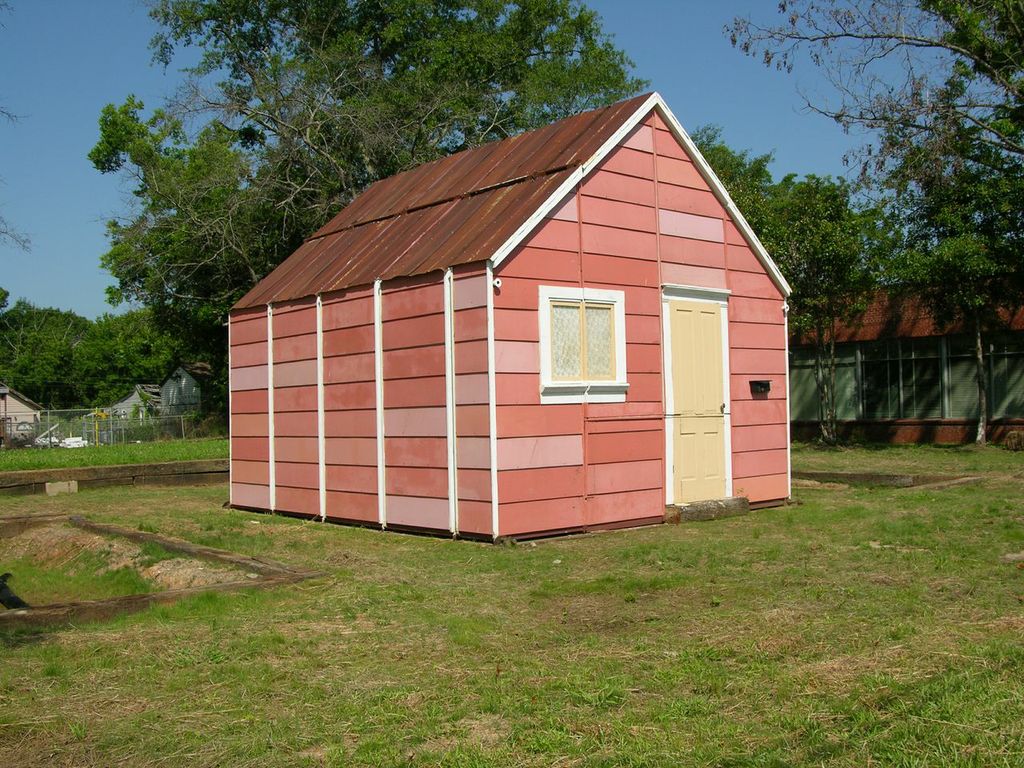 Although it looks just like a conventional American-style home from the outside, the building actually flexes, contorts and transforms into long rows of pews, allowing a crowd of at least 100 people to hold public meetings or enjoy musical and theatrical performances. 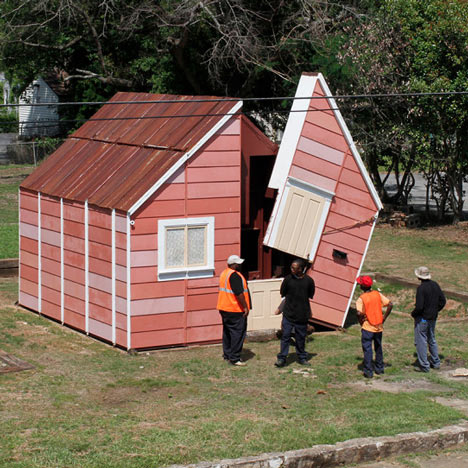 When not in use, the pews can be easily folded back up, so that the structure takes on the look of a regular home, at least from the outside. Once the seating is retracted, the land surrounding the house reverts into a public park. The entire transformation takes four people about an hour and a half of work.

“Public space is an important element for the social and political health of a community,” Mazzotta told Dezeen Magazine. “If there is nowhere for people to come together and talk, except for the grocery store, then the conversations about the town are much less dynamic and inclusive.”

Just as the building’s function reflects the community’s desire to enrich the town’s social ecology, the Open House’s construction materials were chosen with an eye to preserving the local physical ecology. Wood panelling from the building that previously stood on the property was recycled and re-used, as were the town’s unused railroad ties.

Since its inauguration, the Open House has hosted gospel and R & B concerts, as well as family-friendly outdoor film screenings. The project has also received an award from the online architectural journal Architizer. 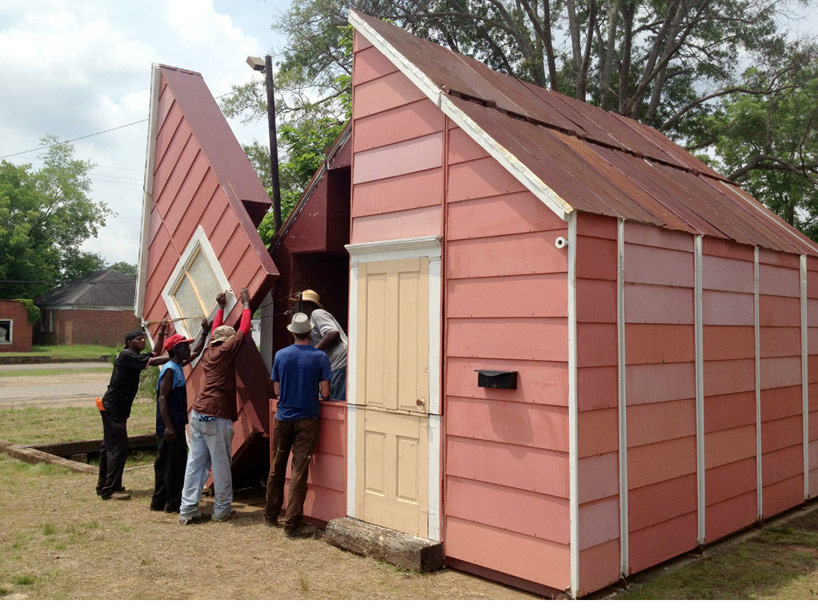 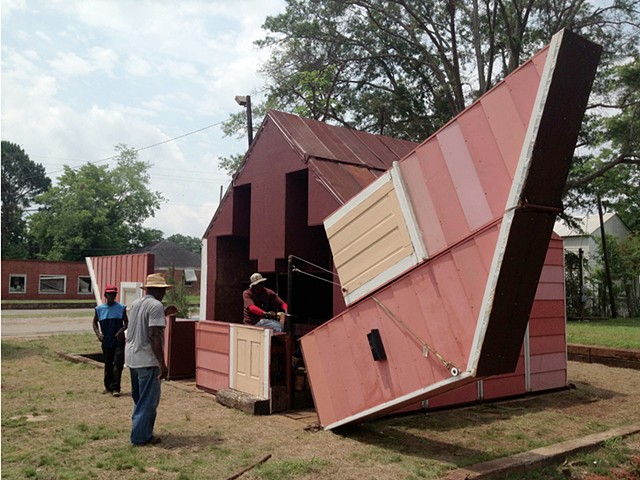 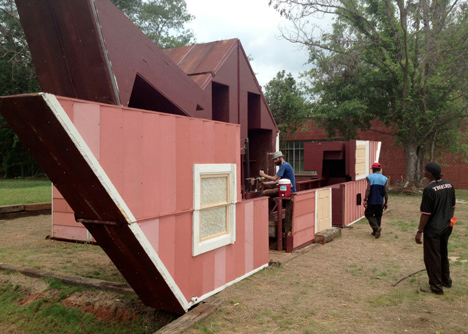 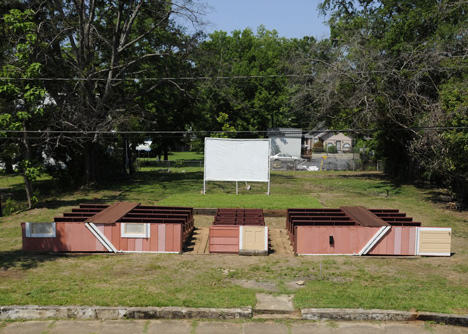 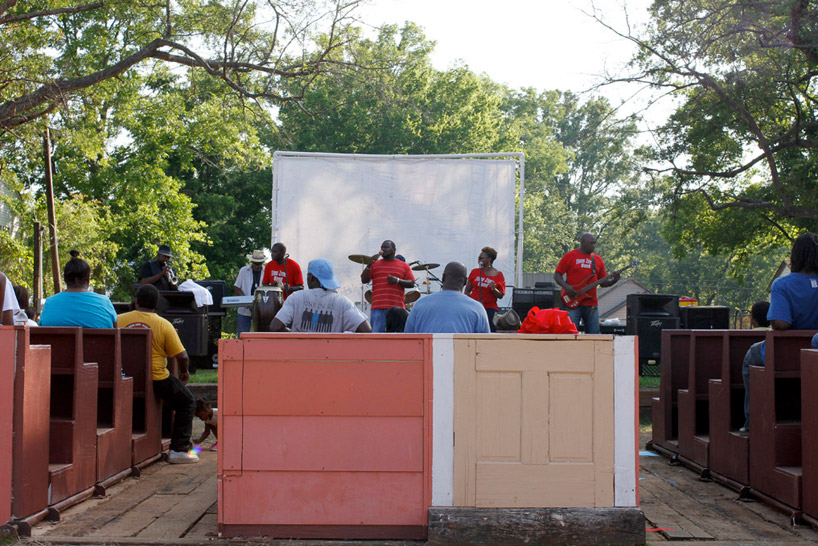 Hacking Big Agriculture With Open Source Seeds
Food For All