Rejected Guests Get Revenge On Racist Restauranteur With Racy Ratings

Should private business owners have the right to refuse service to anyone who enters their establishment, even if their reasons for doing so are racist, sexist, ableist, or homophobic?

Likewise, free speech is a cardinal value of democratic societies, but should people be permitted to use their free speech rights to reinforce stereotypes and incite hatred towards minority groups?

These were the moral quandaries confronting progressives in Enid, Oklahoma, when they learned that a local restaurant owner had been barring people from entering his eatery on the basis of their ethnic group, sexual orientation and physical abilities.

In an interview to local television station KFOR, Gary James, who owns and operates the restaurant Gary’s Chicaros, let loose with a string of expletives, even shamelessly using a derogatory term for Asian-Americans on camera. 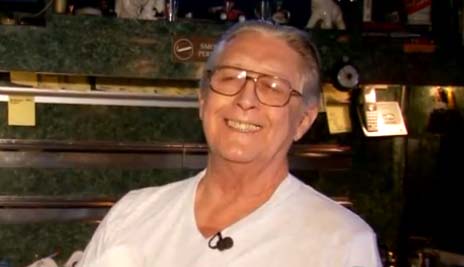 “I’ve been in business 44 years, I think I can spot a freak or a faggot,” James told KFOR. “I really don’t want gays around,” he added. A T-shirt produced by the restaurant included the slogans, “Where the Great Whites Gather” and “Fag Free Zone”.

After news of James’ discriminatory practices went viral over the internet, activists sprung to action, but instead of resorting to rage, they got creative.

Thousands of people authored reviews of Gary’s Chicaros at the restaurant rating website Yelp. Instead of angrily criticizing its policies, the activists heaped praise upon the establishment, insisting that it was the best gay bar they had ever frequented. 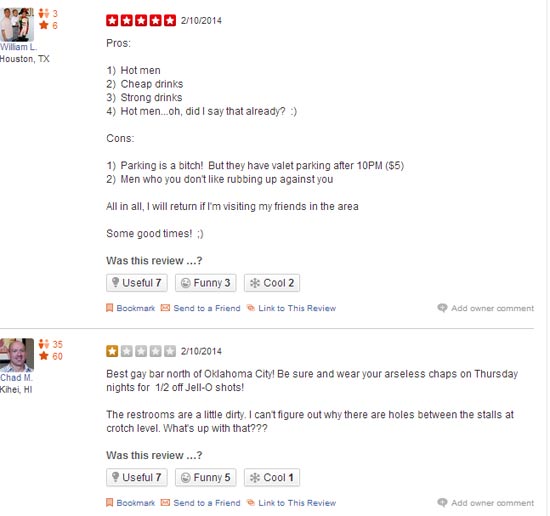 Some of the restaurant’s reviewers noted that its male strippers were especially sexy and that its drag-queen-themed parties were top notch. 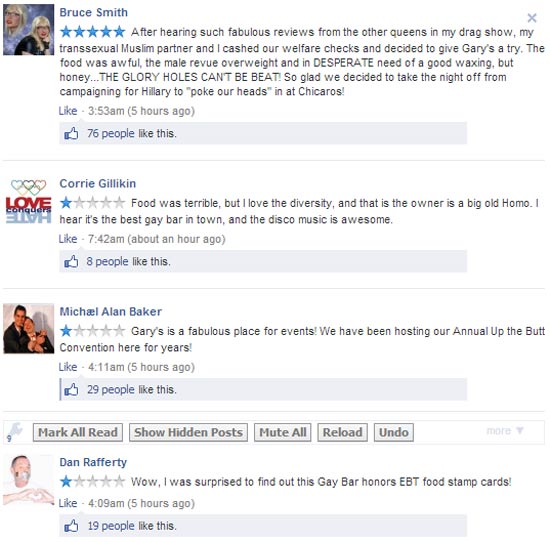