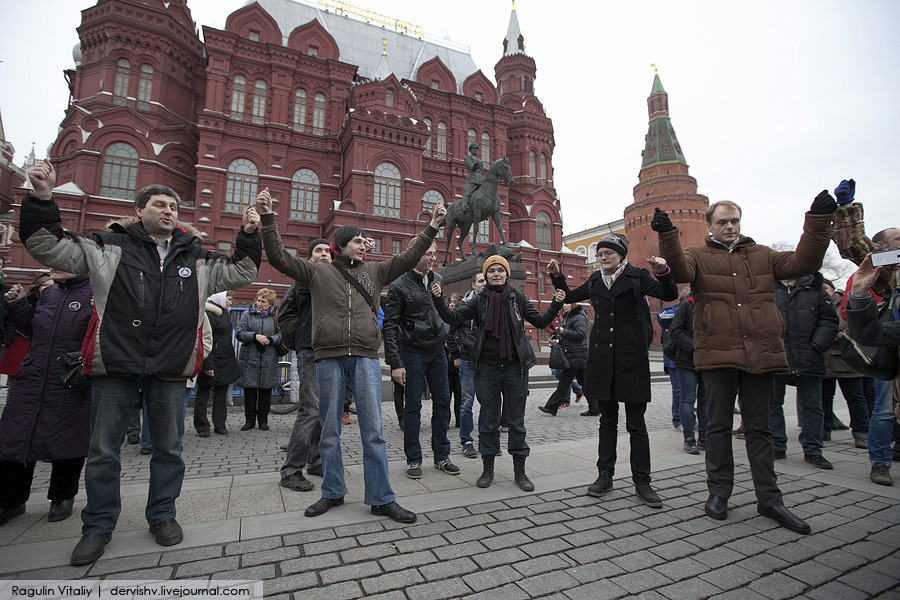 After one of their comrades was arrested for holding up a sign in front of the Kremlin, a group of Russian stood in the same spot and held their empty hands in the air, as if they were holding actual signs, as well. The sarcastic gesture seemed to make no impression on the local police, who arrested the six protesters regardless, although they were only holding up “invisible” signs.

In a video recording of the incident, one of the demonstrators says, “Our invisible posters read: ‘Free the 6 May prisoners!’ Because a man was detained earlier holding a poster you could see, we are now holding invisible posters.” There is a cut in the video, and when the film resumes, the woman is heard saying, ”You are breaking the law!” as the police detain her and drag her off.

Ever since May 6, 2012, when up to 650 demonstrators were arrested for protesting Vladimir Putin’s re-election in Bolotnaya Square, activists have rallied on the 6th day of every month to demand the release of the original protestors. 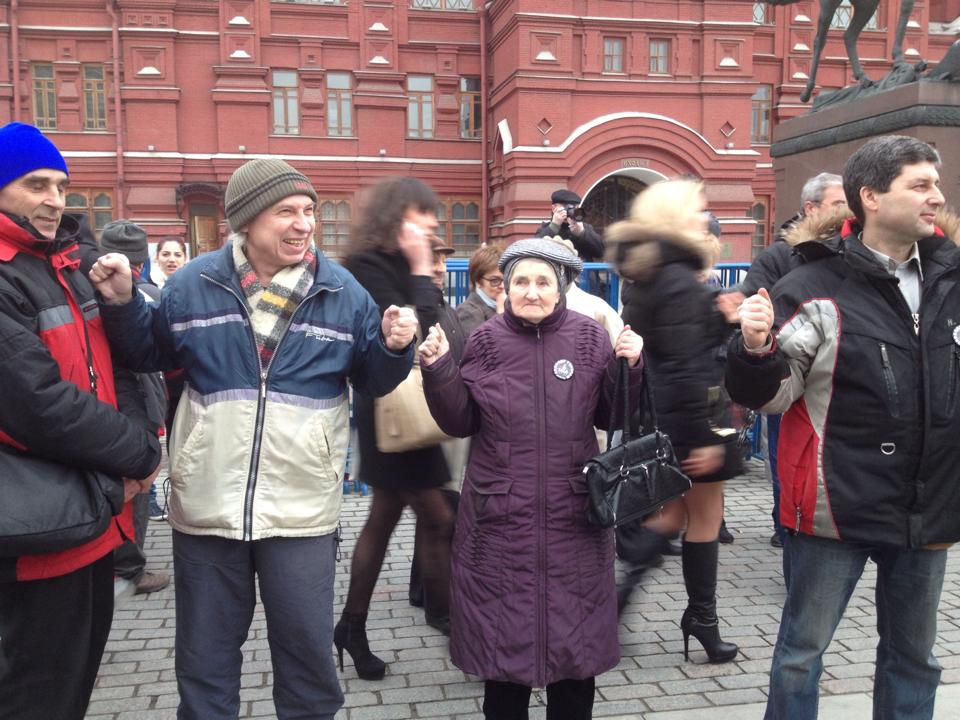 Tags: creativity, Kremlin, russia, they took the bait, Vladimir Putin, we will be seen