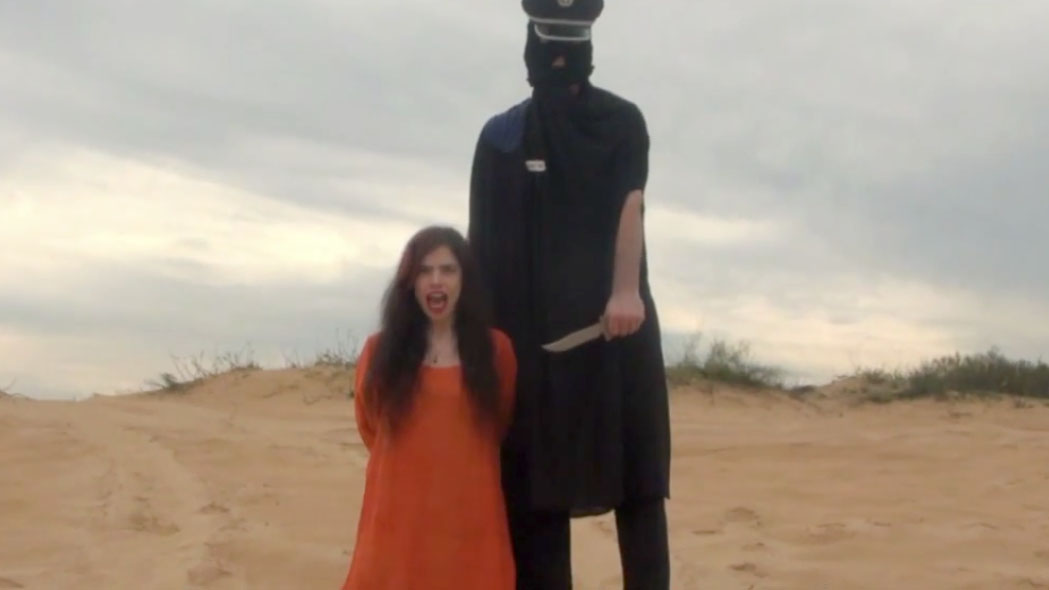 The iconoclastic artist who was arrested in November for appearing an online video in which she can be seen defecting on the Israeli flag, among dozens of others, has released a new controversial video in which she slams the Israeli government and its police force. The new video does not contain any gratuitous nudity or bodily fluids, but instead features the artist Natali Cohen Vaxberg kneeling in sand dunes and reciting a poem, while a knife is held to her throat by a masked man, in an obvious reference to ISIS execution videos.

Click here to view Cohen Vaxberg’s original “Shit Instead of Blood” video, as well as some of her other YouTube clips. Stay tuned for more Natali Cohen Vaxberg: in the coming weeks, It’s All Lies will release an exclusive interview with the artist.