More American states are decriminalizing the recreational use of cannabis, but some advocates of the drug aren’t attempting to convince local lawmakers to champion similar legislation, instead opting to take their pro-marijuana message directly to the people, with anonymous gifts of ganja.

In 2013, New Yorkers were surprised to find small packets of bud affixed to the walls of subway stations, along with a printed letter: “These are tough times / Take this weed / & keep your spirits high”. A twitter user calling themselves “The Weed Fairy” took responsibility for the acts of loving kindness, clarifying which vintage of dope was being offered. 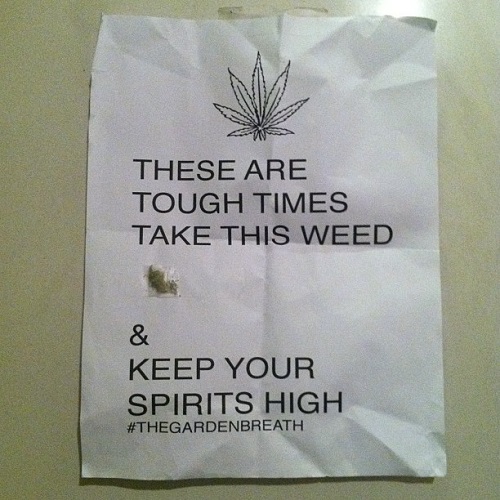 Within months, similar sacks of maryjane were spotted in Tel Aviv and Jerusalem, accompanied by analogous messages: “God gave you a present”, “They that sow in tears shall reap in joy”, a quote from Psalm 126, and “Take this flower, light the fire of freedom and maintain a cool composure – and Happy Festival of Lights”, a reference to the Hannukah holiday. 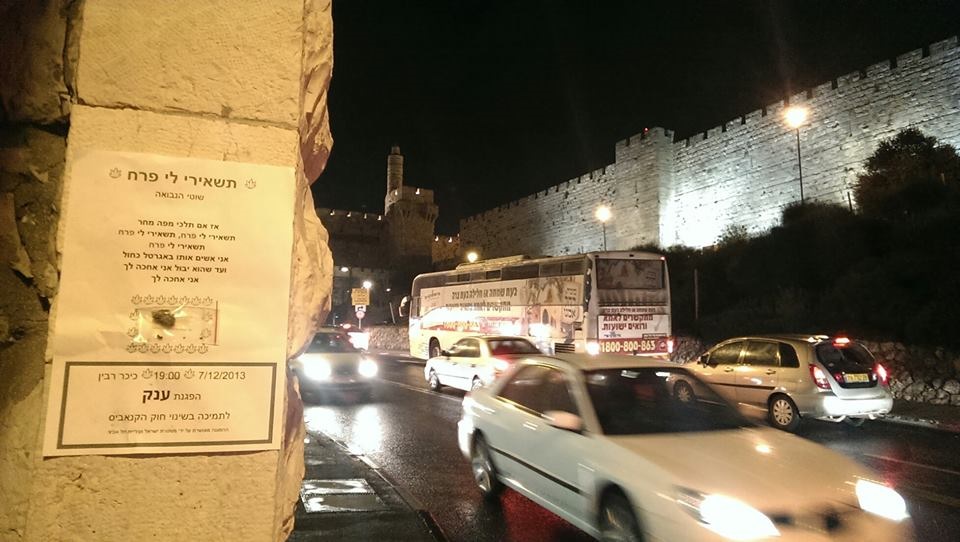 This year, the phenomenon spread to British Columbia, with one merry prankster adding a twist to the free weed giveaway: turning it into a scavenger hunt. Tweeting from the handle @HiddenWeedYVR, Vancouver’s ‘marijuana fairy’ drops clues alluding to the whereabouts of tubes full of herb that he or she leaves partially concealed in public places.

The Vancouver vials conveniently contain built-in grinders, so those that find them can quickly convert them into smokeables. They are also accompanied by a message from their crafty creator or creatrix: “Congratulations! Enjoy your prize”, with a request that the finder tweet a photograph of their fairy’d treasure.