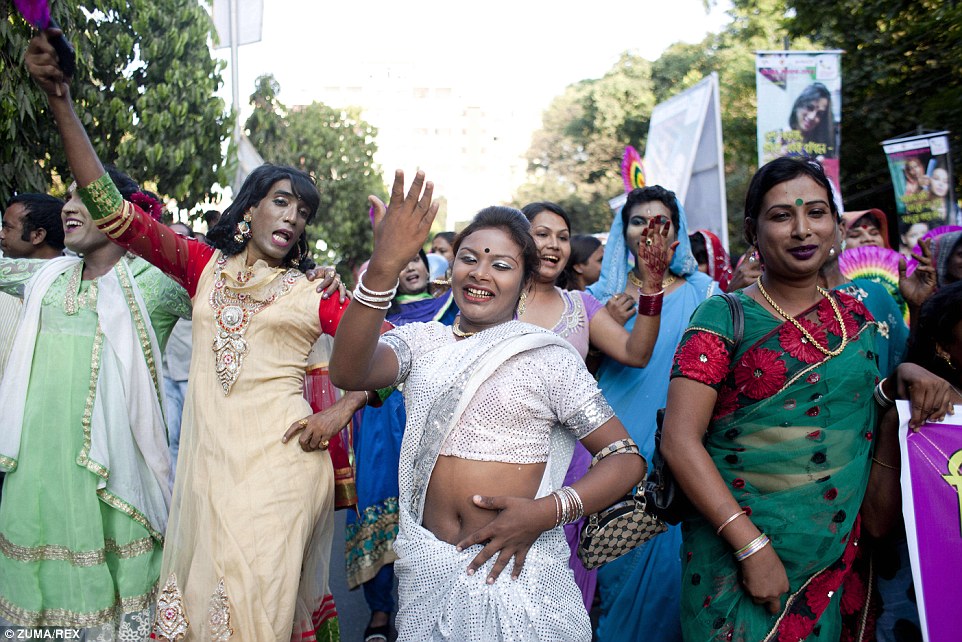 A year after the Bangladeshi Government officially recognized a third gender, the mainly Muslim country saw its first Transgender Pride Pride, on November 10, 2014. 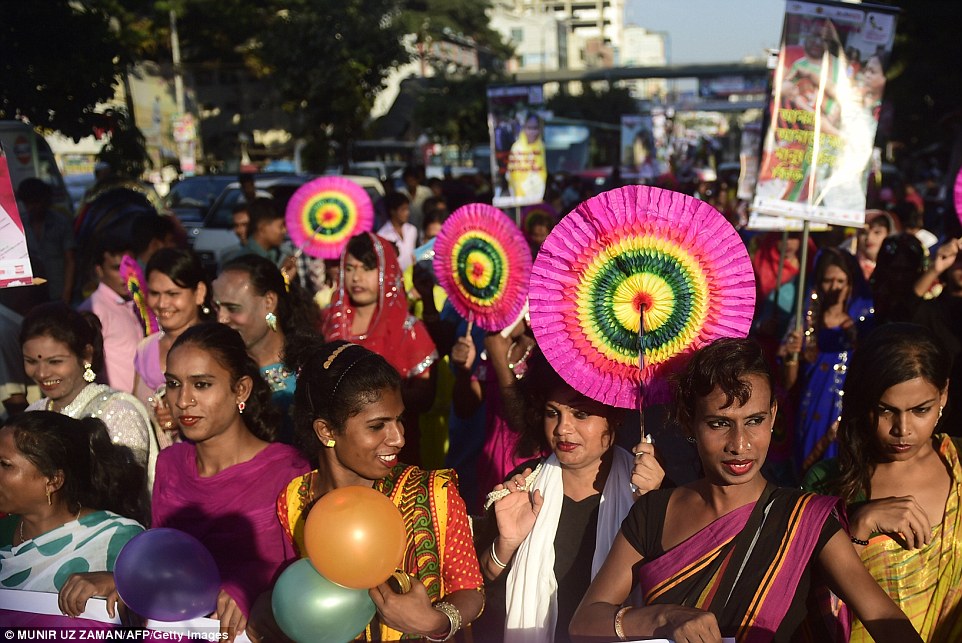 More than a thousand transgender people – or hijras, as they are called in Bangladesh – marched, danced, and sang in the streets of the capital Dhaka, wearing colorful saris and carrying signs, including one that read, “The days of stigma, discrimination and fear are over”. 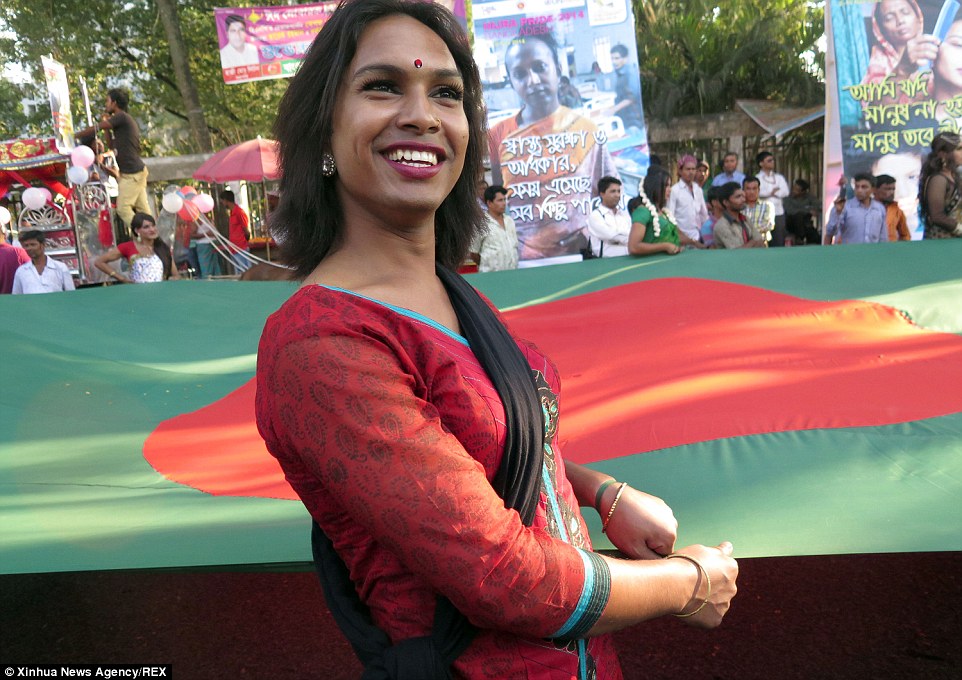 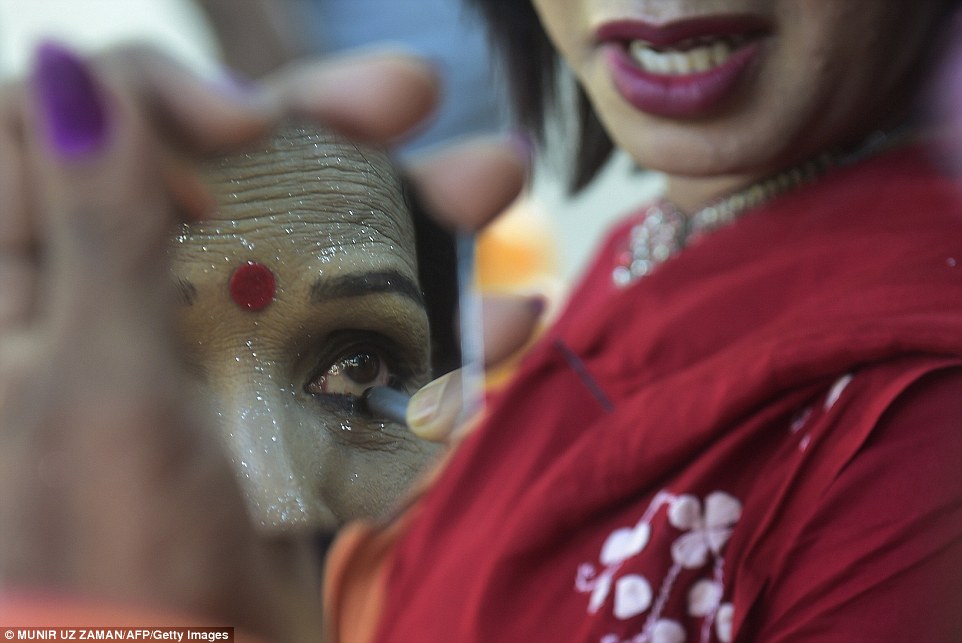 “I never thought I would live to see this,” said Sonali, a 25-year-old hijra. “We are stigmatized everywhere, discriminated against, and laughed at, just because we don’t feel like men or women – we feel like normal human beings.” 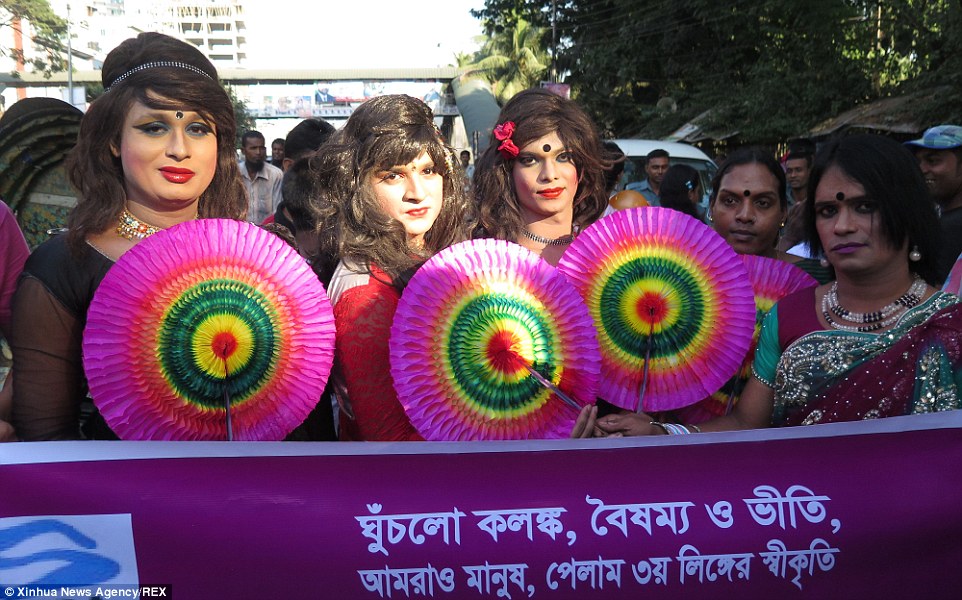 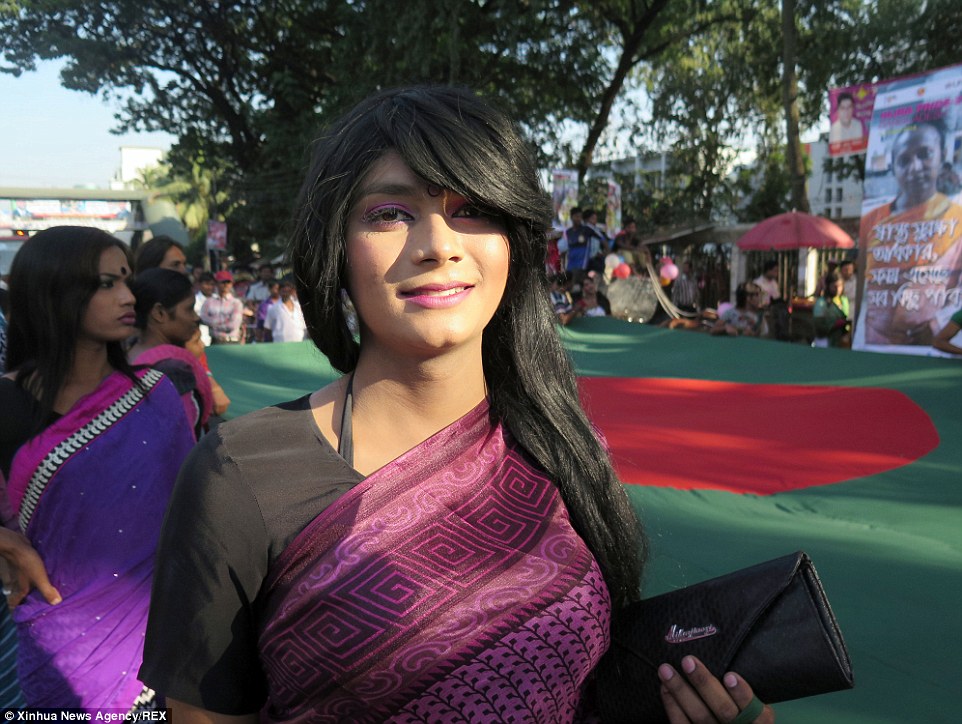 In November 2013, the government of Prime Minister Sheikh Hasina recognized hijras as comprising a third gender and granted them rights. The government determined that hijras could henceforth self-identify as a distinct gender on their passports and on other official documents. 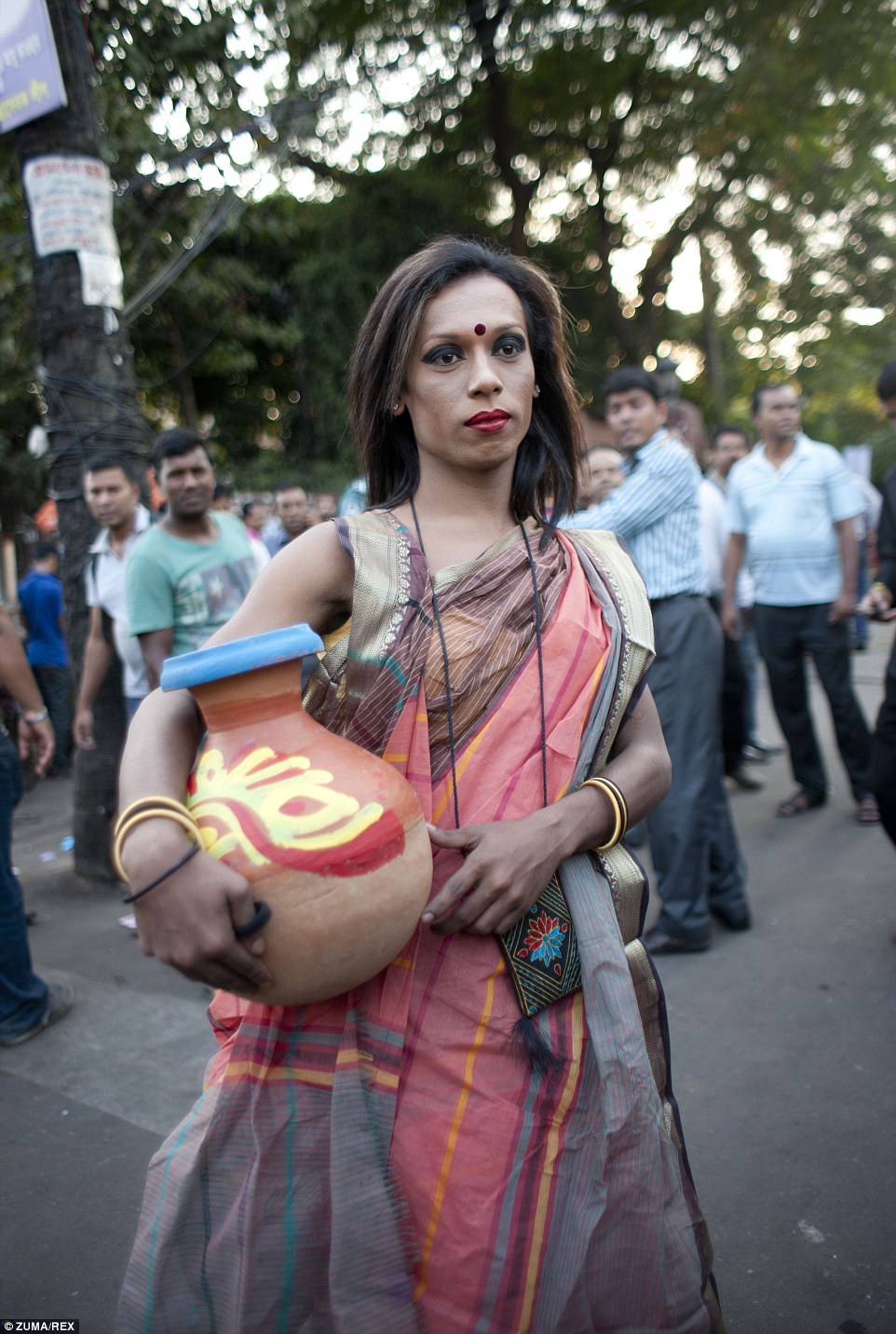 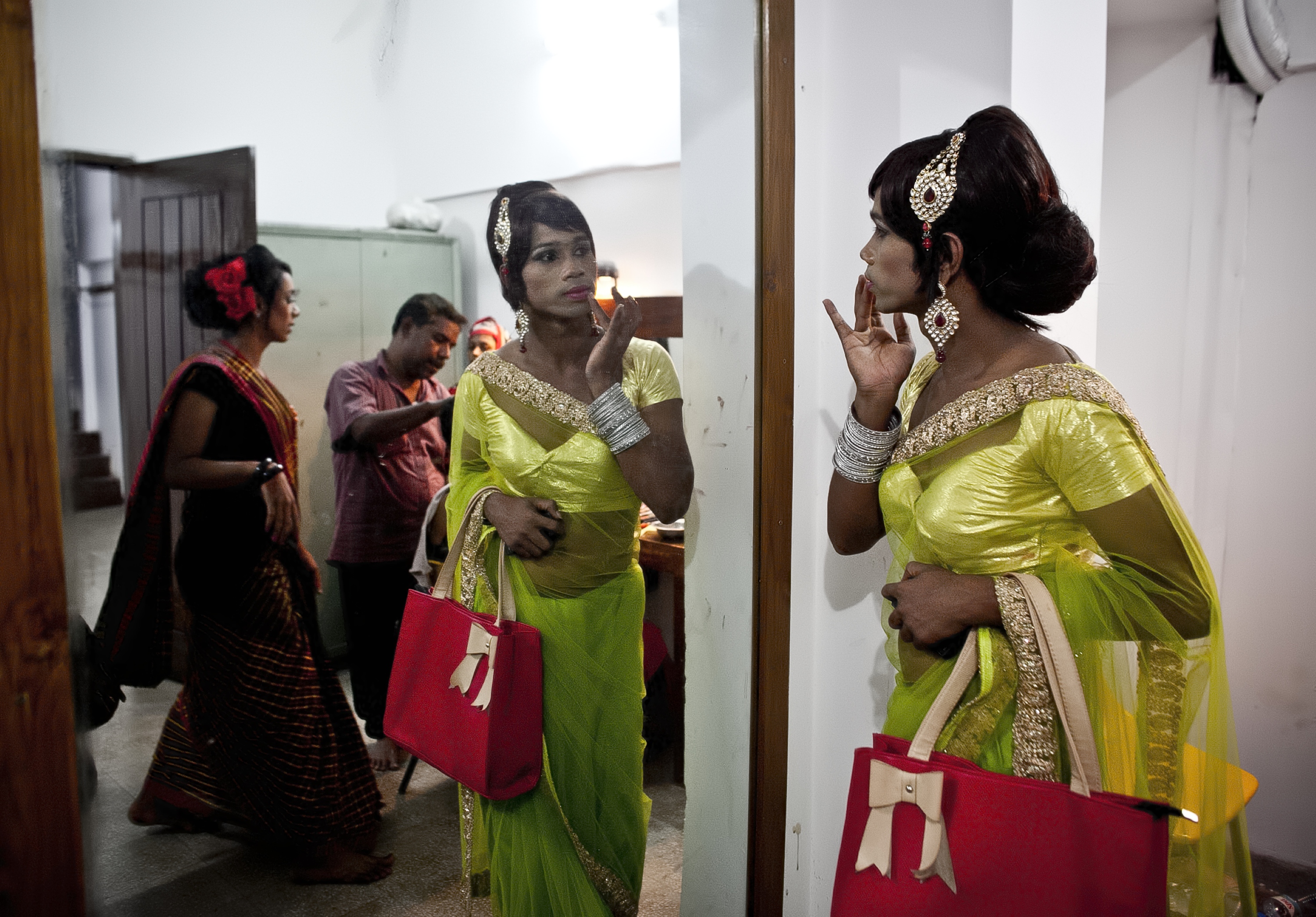 Bangladesh’s population numbers 156 million, and it is estimated that approximately half a million Bangladeshis are hijras. The Pride Parade reflects increasing tolerance on the part of the Bangladeshi Government towards sexual minorities. In January 2014, the first magazine geared towards gays, lesbians, bisexuals and transgenders saw publication in the country. 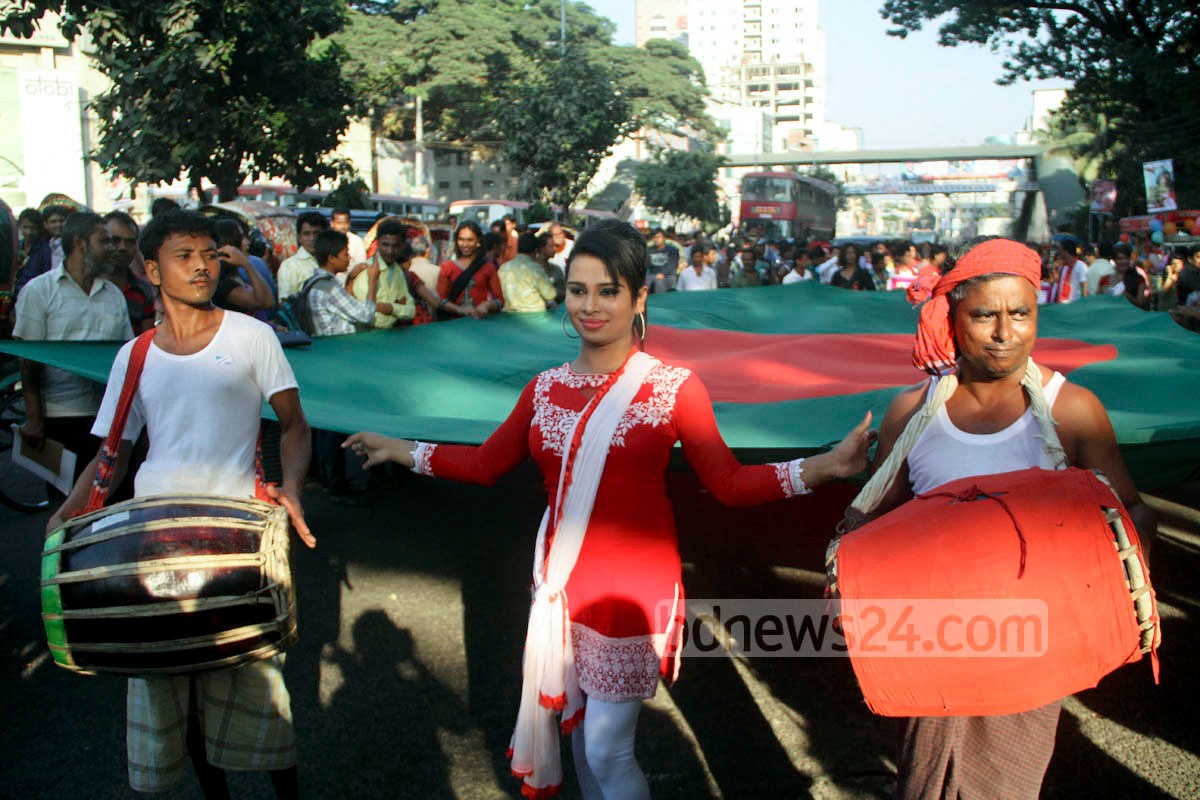 Queer & Legal in the Lands of Islam
Islam and Homosexuality