Queer & Legal in the Lands of Islam 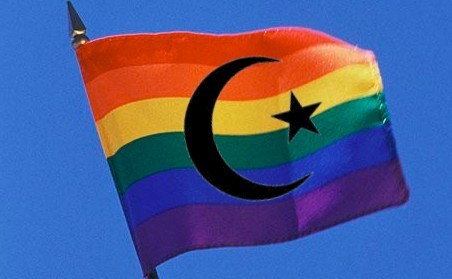 Here are five Muslim-majority countries in which homosexual relations are not considered illegal: Jordan, Turkey, Indonesia, Mali and Albania. What do they have in common? None of them were colonies of the British Empire.

Many countries around the world, Muslim and otherwise, continue to be based on the colonial rules that predated local laws, and the former classified homosexual relations as criminal acts. Whether in West Africa or Southeast Asia, the Middle East or Europe, these countries serve as a reminder that the discourse on LGBT rights in Islamic countries are not as cut-and-dried as they seem.

In Jordan, for example, the prohibition on homosexual relations was struck down back in the 19th century at the time of the Ottoman Empire, although it was reinserted into the country’s legal code during the years 1922 to 1945, when Jordan was under a League of Nations mandate. In 1951, just a few years after it announced its independence, the first King of Jordan Abdullah I ordered the law prohibiting gay sex struck down. In neighboring Israel, by contrast, the law prohibiting gay sex was only repealed 37 years later, and only due to a parliamentary trick by a liberal legislator.

In Indonesia, the most populous Muslim-majority country in the world, there has never been a law criminalizing homosexual sex, at least not since the state was established. Indonesia also has the oldest queer rights lobby group in Asia. States neighboring Indonesia that were once British colonies – Muslim-majority Malaysia and non-Muslim-majority Singapore – still outlaw homosexuality.

In Turkey, repealing the prohibition on gay sex was inspired by its repeal by the Ottoman Empire in 1858, an act that affected the populations of many countries, spread out over three continents. After declaring its independence in 1920, Turkey felt no need to alter its legal code, and queer rights groups operate in Turkey today unimpeded.

In Albania, 70% of the population in Sunni Muslim, but that did not prevent the state from enshrining the legality of homosexual relations in 1995, and it has been at the vanguard of the struggle for queer rights in the Balkans ever since.

Mali represent yet another progressive example.  While most African nations (38 to be precise) have anti-homosexual laws on the books, some of which even carry death sentences, Mali’s criminal code is absent of any clause that differentiates between heterosexual and homosexual acts.

In addition to these five, there are many more countries with large Muslim populations in which it’s legal to be queer, among them: Bahrain, Chad, Iraq, Burkina Faso, Bosnia-Herzegovina, Ivory Coast, Kazakhstan, Niger, Kosovo, Abkhazia, Azerbaijan, Djibouti, Guinea-Bissau, Kyrgyzstan, North Cyprus, Palestine (West Bank) and Tajikistan.

In all of the above-mentioned countries, as in the rest of the world, queer people face many challenges, but with the law in their favor, their struggles for equal rights are made easier.

Bangladesh Gets 1st Trans Pride Parade
Optimism for the Masses | ,,,